Accepted as Associate Member of the Oil Painters of America (OPA), Fall, 2007.  With over 2900 members, the Oil Painters of America is one of the leading organizations in the US dedicated to the support and preservation of representational art.  OPA members include many of the most accomplished contemporary artists in the country, including Kevin Macpherson, William Schneider, Daniel Greene and Everett Raymond Kinstler. 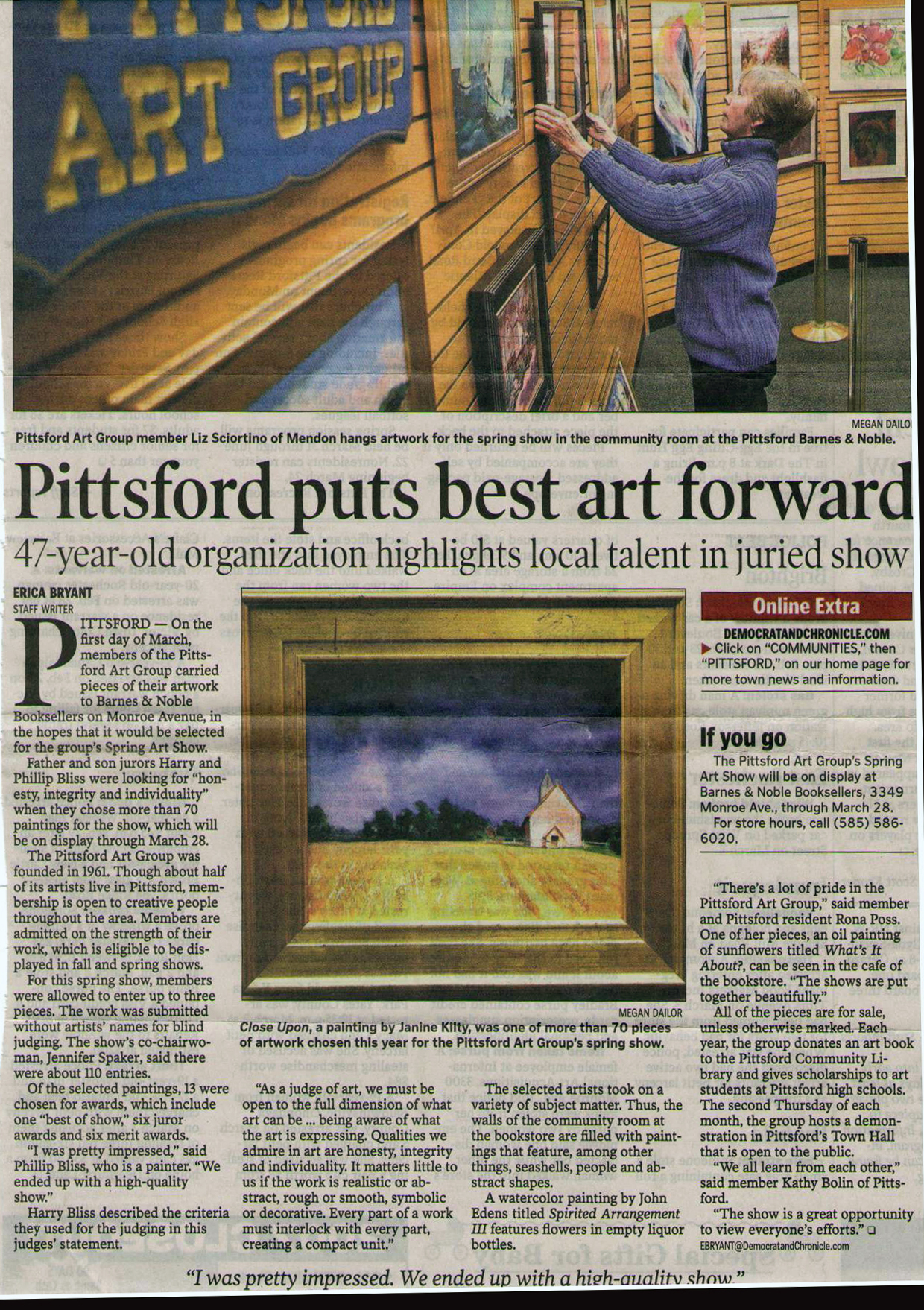 Art and article in Whitefish Review, 2011: